Undeniably, the football sector of the sports industry is one of the most lucrative sectors in the world, which is mostly due to the popularity of the game and its wide global audience. Among all football leagues, the English premier league is the most profitable generating about £2.46 billion for it’s 20 member clubs. The league also generates about £1.3 billion worth annually to the British government as national insurance and income tax.

Where does the money comes from?

Being watched live by about 12 million people per game, and a total audience of about 5 billion across 212 countries per season, the English premier league generates huge money through commercials. Other sources of income include the facility fees and sponsorship. How is the money shared?

The £2.46 billion dollars earned for the member clubs is being shared to them partly on equality and partly based on merit and number of broadcasts.

Bulky part of the earning is divided equally among all the English premier league clubs, while the remaining is shared based on merit and fan base sizes of the clubs-gotten from number of broadcasts per game. The breakdown according to Express  goes below. Apart from the above monetary gains by the clubs (and their members), there’s also great number of tourists estimated to about 900000 in 2012 that goes into Britain to watch the premier league games. These tourists and their activities add up to the British economy.

Although the exact worth of the English premier league might not be directly stated, it’s worth is above questioning when the income it generates for the clubs and the British government is put into consideration. 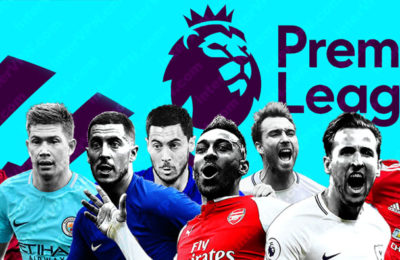